← Where does the blame lie for WWI?
We have vilified a progressive and enlightened English king for long enough →

Get down to the gym boys, and don’t bother bringing your body armour

Very soon now we are going to be asked to vote for civilian police commissioners – a controversial proposal not much liked by plod. 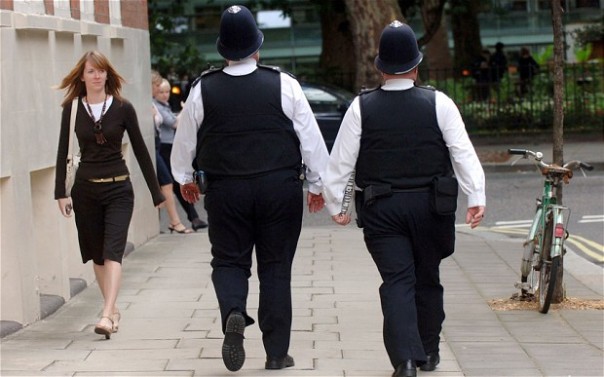 It has got off to a bad start because of the calibre of some of the applicants, many of whom one suspects view it as an excellent chance to climb aboard the gravy train as well as throw their weight around. One of these applicants, the clownish buffoon and former deputy prime minister, John Prescott, has indeed a lot of that to throw around. Nonetheless, I believe that the concept is sound and as the years pass we will get genuine public-spirited men and women of stature and proven track record to oversee their force.

The reason I feel that the concept is good is that I believe that certain elements of the police are close to being out of control and act as though they are a law unto themselves: look at the incredible Hillsborough cover-up; the striking down of that poor man Ian Tomlinson who died in London and was going about his business with no thought of joining a demonstration. Then there was the shooting dead of a young, deeply disturbed barrister Mark Saunders, also in London, and the seven-bullets-to-the-head execution of the hapless Brazilian young man, Charles de Menezes on the underground – as well as many, many other incidents which have caused deep disquiet among the public. Accusations of thuggish behaviour on an increasing scale are levelled at the police.

The advent of jihadist terrorism appears to have provided an unarguable cover for the issue of more and more firearms and a tipping point seems not far off where every Bobby will have a pistol at his hip. More guns will, inevitably, lead to a greater use of them. Terrorism seems to have provided a ‘catch all’ excuse to usher in a whole range of repressive measures. Tony Blair, as with so many things which came back to bite him – such as devolution – embraced the whole scaremongering agenda. And yet, more than anyone, we were familiar with terrorism – a very competent form. We had thirty years of it with the IRA but yet, despite all the carnage such as the Brighton bombing which almost killed Margaret Thatcher and much more, we kept our nerve. We did not move towards arming our police.

Since Robert Peel set up the police, one of the glories of our country – one that has amazed the rest of the world – is that we have been able to maintain law and order without recourse to firearms. So the police know there is deep disquiet at the way things are developing.

‘If we cannot have guns’, seems to be their new mantra, ‘then let us have tasers’. And what do we see? A 43 per cent rise in their use in one year. We see a blind 61-year-old architect, who has already had a stroke, felled with 50,000 volts of excruciating pain.

In all the many instances of police malpractice there are precious few  instances of officers going to gaol. They investigate themselves and produce what – predictably and in too many cases – the public perceive as a less than fair outcome. One of the useful actions that the new commissioners could address themselves to is to civilianise these investigations. That is a much needed measure and one that should be applied to each and every professional body. By all means let them have representation on that body, but not enough to determine an investigation’s outcome.

Once upon a time the police would go about their business – as the military is wont to say – in shirt sleeve order during the summer. Today they parade like Robocop, festooned with all manner of silly gadgets. Every new device that comes on the market they are fair game for; it rapidly becomes must-have. Soon they will be weighted down to such an extent that it becomes impossible for them to give chase. In any case, too many of them are out of condition and overweight that it would be impossible anyway. That too is a subject that the new commissioners could address: annual fitness checkups.(By the way, I don’t recall seeing many overweight soldiers locking horns with the Taliban. As an ex-health club owner I would be happy to advise on what needs to be done. Get down to the gym boys! I’ll meet you there, but don’t bother bringing your body armour.)

N.B.  I was stopped by the police the other day after collecting my son from the railway station as I forgot to put my lights on. My car was given the once over; I was breathalysed; the works. They were a couple of fine young men – polite, fit and a credit to the force. All is not lost.

← Where does the blame lie for WWI?
We have vilified a progressive and enlightened English king for long enough →