← Are you a dog, Irish or black?
Can the planet sustain 14 billion people? →

History will not be kind to Tony Blair. He found Britain a prosperous place – having recovered spectacularly from the ERM disaster – and left it virtually bankrupt and mired in two unwinnable wars. 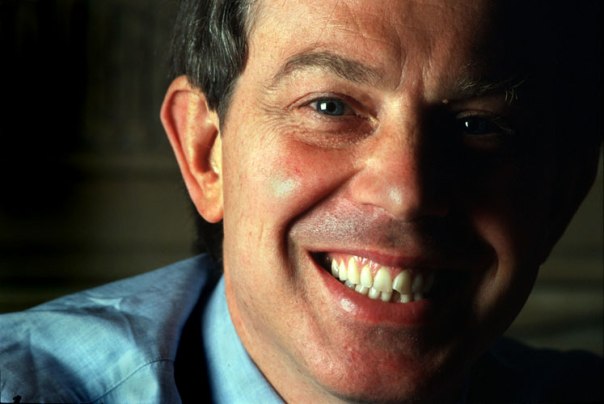 History will not be kind to Tony Blair

Some might say this is a strange thing to claim concerning a prime minister who won three successive elections and even today is held in sufficient international regard to be appointed by the quartet of EU, USA, Russia and Britain to act as Middle East peace envoy. So why do I take issue with these two salient facts? It is my belief that our former prime minister succeeded in taking in not only ourselves, but a great part of the world beyond.

Blair took little old me in back in 1997. Indeed, if we cast our minds back to that now distant time it seems extraordinary that a government should be thrown out of office when it has got the economy into a rock solid position (so solid, as I recall, that it was starting to pay down the national debt).

Received wisdom tells us that it is the state of national finances that decides elections, yet the ‘grey man’, John Major, went down to a resounding defeat. Why was this? Partly because he was that ‘grey man’ and lacked charisma, whereas his opponent had oodles of it and was young as well as good-looking. And there had also been a series of huge embarrassments for the Conservative government: ‘cash-for-questions’; the armed forces procurement minister having his Paris hotel bill paid by a Arab Sheik; the gaoling of Jeffrey Archer; sexual shenanigans from a government that preached ‘back to basics’ (nobody knew at the time that the PM himself had had a dalliance with Edwina Currie); and then there was the mighty cock up of our ejection from the ERM which did so much to destroy the Tory’s reputation for economic competence.

Often forgotten is the fact that all three parties, along with the CBI, the Institute of Directors and just about everybody else was gung-ho for entry to the Exchange Rate Mechanism. It was therefore rank hypocrisy later for the opposition to use this as a stick with which to beat the government.

But I believe the biggest of all factors in Tony Blair coming to power was the national weariness of seeing the same old faces in place for 18 years. Blair seemed like a breath of fresh air; and how could we know that we were about to embrace the Nigel Havers of politics? But the one factor which still made the nation hesitate was Labour’s own reputation for fiscal incontinence. Indeed, every one of its administrations had gone down in a welter of financial mismanagement. To allay these last remaining doubts, Tony and his glowering, thwarted would-be leader Gordon Brown pledged faithfully to hold to Tory spending plans for the next two years.

So the die was cast and ‘Call me Tony’ took up residency in Downing Street. We used to call him ‘Bambi’ early on as he seemed to have no enemies, promising all things to all men with the most winning smile that had ever beamed out to the nation from Downing Street.

My own doubts began with the squalid Bernie Ecclestone affair very early on when all cigarette advertising was banned from sporting events except – mysteriously – from Bernie’s Formula One. For me it was downhill ever after as sleaze piled upon more sleaze, and all from the man who promised a government that would be ‘whiter than white’.

When the two years of financial rectitude was up, a spending splurge of awesome proportions was announced. There was to be no more ‘fixing the roof while the sun was shining’: it was to be spend, spend, spend.

The national debt went through the roof and no attempt was made to ensure taxpayers got value for money. It was just assumed that if you threw enough dosh at a problem it would go away. Instead, it went largely into the pay packets and pension pots of the new elite – the public sector, which was allowed to expand dramatically.

The upshot of it all is that we find ourselves today in the most dire condition that it is possible to imagine. Even private debt has gone through the roof. The spendthrift ‘Prudence’ Brown at the treasury seemed almost relieved to have someone else join him in the bankruptcy stakes. The growing credit bubble – which Gordon called growth – seemed like a never ending jolly, but like the puppet master in Downing Street it was a cruel illusion – all smoke and mirrors. Every pound Gordon borrowed he insisted was an ‘investment in the future’. Some future!

When he was in Brussels, he liked to turn off his headset so he couldn’t listen to what his peers had to say. But when it was his turn, he couldn’t resist lecturing them – in particular the Germans – on sound economics. All the while his bête noir boss left him to it so he could swan around the world offering his own advice and attempting to nation-build with armed forces Gordon constantly denuded of the equipment necessary to carry out his grandiose schemes. It was all very frustrating for the man who ‘felt the hand of history on his shoulder’.

While it’s fair to say the mess that the world finds itself in today would still be there, even without the contribution of Blair and his Chancellor, it is also fair to say that for us in the UK it would be manageable – as it is for Germany, Canada and others who handled their affairs with Gordon Brown’s once favourite word, prudence.

Bill Clinton, another out of the charisma stable of politicians, started it all back in 1998 when he urged Alan Greenspan, the then Chairman of the Federal Reserve, to help poor Americans become home owners – even those with no obvious means of repaying their debt. Thus began the sub-prime tragedy which spread around the world in concealed financial packages. But what did it for us and turned a problem into a disaster was that wild, decade-long spending jamboree.

As for our Tony, he doesn’t see or acknowledge any of this. He’s lost now in his own little bubble. He wanted to be President of Europe, but instead has settled – uniquely and rather unedifyingly for a Labour leader – on becoming stinkingly rich as well as continuing to offer pearls of wisdom to anyone who’ll listen. It worries me that his current successor in Downing Street is one who will. It worries me also that he has always been one of Tony’s fans, and despite everything remains so. What does this tell us about Cameron? Is this yet another judgement issue of his?

As an avowed Christian, it seemed for a while that faith might intrude on the Blair business of governance. There seemed often to be a touch of messianic fervour to his pronouncements. But his spin master, Alastair Campbell, slapped him down on this one, insisting that New Labour ‘didn’t do God’. Some might argue that Tony’s present ambition (he owns seven homes and counting) to join the mega rich club hinders his ultimate passage to celestial regions, and that he should remember his master’s admonition of how it is ‘easier for a camel to pass through the eye of a needle than for a rich man to enter the kingdom of heaven’.

← Are you a dog, Irish or black?
Can the planet sustain 14 billion people? →