Parents hold their children in trust. They do not own them; we only own ourselves. 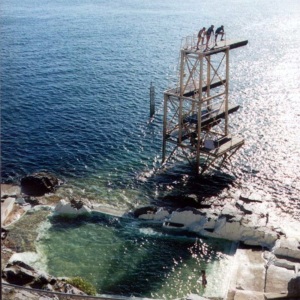 Until we are old enough, that duty of care is vested in those who brought them into the world. If they fail in that monumental task then society’s duty is to step in. And it failed lamentably in the case of the British woman in Spain who snuffed out the life of her two young children.

Once again we have Social Services frantically buck-passing and failing to measure up. Exercising always due diligence, we must not be afraid of being more interventionist. I said as much last week when I supported Sir Michael Wilshaw’s efforts to give deprived children a chance by sending them to boarding school. But provision for our young people extends far beyond the remit of Social Services. Our town halls have a part to play also.

Most days, after I close my shop, I like to round off the day with a cappuccino on the Hoe seafront. One of the pleasures I have enjoyed – along with myriad tourists – is to watch the young people having fun on the diving boards and rock pools of the foreshore. Not anymore.

The powers-that-be in the town hall had other ideas. Aided and abetted, no doubt, by ‘Elf ‘n’ Safety’ they closed it all down and demolished the lot. Even after two years I still feel cold fury at what they did.

It was, in my view, an act of civic vandalism. I never saw an accident in all the years visiting, much less a fatality. What I do know is that the kids loved it and it didn’t cost them a penny.

Did the dunderheads of the dept. involved reason, in their twisted logic, that the kids would turn their attention to the newly revamped and expensive-to-use Tinside Lido and spend their pennies there? No way!

They were, for the most part, poor kids who didn’t have many pennies. But thanks to the city’s forefathers they did have a lot of fun. At huge expense, Plymouth’s forefathers had created something that generations of Plymouth youngsters had enjoyed. It had become part of their childhood memories – even folk law.

What I want to know is: who gave the vandals the right to nullify all this and spend huge extra funds to do so?

Their predecessors had dug deep into their pockets to create a leisure facility because they recognised that they had a duty to provide for young people and in so doing help to keep them out of mischief. All that expense of yesteryear, however, was over. All their successors had to do was maintain it, but even this was too much.

Young people have a need for exciting and challenging things to do, and so in fulfilment of that need they took themselves a couple of hundred yards down the road and hurled themselves into the sea from a rocky cliff face in what is known as ‘tombstoning’. There, the dangers were real if not always apparent. If the tide was not out far enough, they could easily kill themselves.

So when the decision was taken to cull their previous, marvellous facility, did the numbskulls responsible not take this into account? I think not.

You see, they fail to think these things through, and so the law of unintended consequences comes along and hits them over the head.

Whether it’s exhorting kids to wear goggles when they play conkers; preventing little old ladies setting flower arrangement in cathedrals unless they have criminal-record checks; not allowing hanging baskets in seaside resorts in case they fall on someone’s head; or not allowing the emergency services to go in to three feet of water to save a life; they seek to wrap us all in cotton wool and take the risk out of each and every sport and situation.

They do not realise that measuring risk and pitting ourselves against the odds is part of the human experience.

A large part of the fun of sports is knowing that there is an element of risk. Take it away and you have neutered most of the fun.

Our kiddies’ play parks today may be full of colourful plastics and rubberised flooring, but they are sanitised affairs and do not hold a fraction of the thrill of the play parks their parents enjoyed.

Kids need to learn how far they can go and arm themselves for the future in the school of hard knocks.

Look at the pathetically short-chained swings they insist on today, and compare them with the mighty chains of yesteryear that allowed you to soar almost to the heavens.

Yes, the duty of care is multi-layered; town halls should remember that as well as others. They almost forgot it at Mount Wise when those marvellous facilities which the poorer kinds of Devonport enjoyed so much were almost swept away. Only a public outcry stopped the axe from falling.

It was the same sad story with our precious lido. Hands off, I say, please.