← Can the planet sustain 14 billion people?
Queen Elizabeth II must set the seal on this final verdict of history →

Mid Staffs is a man-made scandal

I have not written about anything that causes me so much pain as this article does. This is because as a Briton, proud of what my country has achieved down the ages, I am ashamed of the shocking scandal unfolding in what was meant to be our pride and joy: the NHS. Nothing in my experience begins to compare with the sheer magnitude of it all; the needless deaths, through wanton neglect, of almost certainly thousands of people in our hospitals. 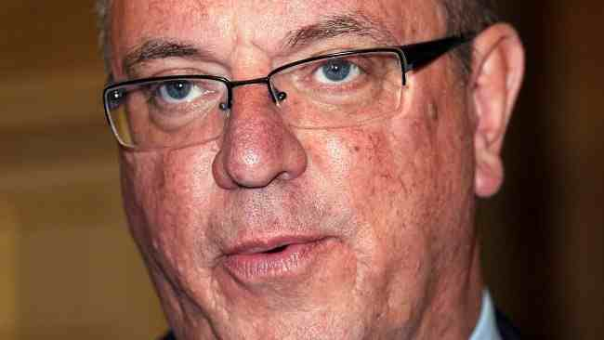 Fish rot from the head and any man – and we speak of Sir David Nicholson – who believed that the totalitarian system that was once the USSR was a good thing should never have been put in charge of such an organisation as the NHS. Apparently his hero was the gruesome Soviet leader, Leonid Brezhnev. It shocked me how readily and swiftly the PM and Heath Secretary sprang to his defence. Perhaps it was because Nicholson had a reputation, when ordered to do things, of carrying out those orders. While that may be so, the consequences, as whistleblowers made clear to Nicholson, was an unfolding tragedy of epic proportions. But orders are orders and Nicholson ploughed on, heedless of the human misery he was unleashing. In order to achieve his purpose and and keep to his ‘good’ name as a man who could be relied on to deliver, a climate of fear was created throughout the NHS. How very USSR-like.

I will not detail the horror stories which have emerged: you are all familiar with them. But instead of being reassured, looked after and returned to health, where possible, people died in their hundreds, indeed – across the NHS – in their thousands. A single hospital stands accused of up to 1,200 deaths.

We all remember the unconscionable time we often waited for routine operations and A&E. The last government decided to do something about it. Everything was done with the best of intentions, but as we all know, the road to hell is often paved with good intentions. When it became apparent that their action plan was not working out, another well known maxim kicked in: the law of unintended consequences. At that point Nicholson and his Labour masters should have paused and taken stock. But they did not.

So what has become of us that we have failed in almost the most fundamental of all our duties, the care of our old? When our troops burst in on Belson concentration camp they found a level of horror – of man’s inhumanity to man – not known in the whole of human experience. We put the perpetrators on trial and hanged them. At their trial they pleaded that they were obeying orders. What they did not plead – though they might have done – was that they had been conditioned for years to see their victims not as human beings, but as the lowest of the low – a sub-species – not worthy of using up precious resources. I fear that when our old people – be they in care homes or hospitals – fall into frailty, incontinence or dementia, something of a similar attitude takes hold in disquieting numbers among those charged with looking after them. Yet in their case they do not even have the excuse of saying that their government had told them their charges were worthless. So, what is it that allows lethal, criminal neglect, which were it directed at a child or even a dog would send us into paroxysms of fury ending in stiff prison sentences but does not do so with our old and helpless? I truly do not understand it!

What is incredible is that the unfeeling apparatchik who presided over it all was not only not held to account, but promoted to the top job in the NHS. How very public sector-like. And this man – would you believe – is judged by himself (and Cameron) to be the best person to sort it all out even though he admitted to a Commons Select Committee that he had no idea what was going on in the wards. Well, it’s a funny kind of CEO – in whom 90 per cent of his own workforce have no faith – that hasn’t a clue what the troops are up to. And even funnier that such a level of incompetence should inspire the political leadership to think that in this broad land of 63 million there is none better.

The Francis Report into the failings of the Mid Staffordshire Hospital Trust wanted to name names, but using, as ever, our money – just like the BBC – the ‘fingered’ individuals engaged the sharpest, most expensive lawyers in the business to threaten Robert Francis with law suits. After three months of arguments and delay, he buckled. It all, thereafter, magically became the fault of ‘the system’. Nothing, said the chastened Francis, was to be gained by ‘scapegoating’. Sorry, Robert, but people did this thing and people must answer. Start with David Nicholson and move down to ward level. It cannot be too strongly emphasised that the whole farrago involves multiple, pitiless deaths which on a head count makes the Harold Shipman outrage look like a trifling matter. And at least Shipman’s victims were despatched painlessly and their road to Calvary travelled with great expedition.

A chief characteristic that distinguishes our species from every other in the animal kingdom is our sense of dignity. From the moment we get up in the morning to the moment we go to bed, we carefully nurture the image of how we wish the world to perceive us. Take that away and you have inflicted the cruelest of hurts. So being careless of people’s nakedness and forcing them into adult nappies because it is too much trouble to help them to the toilet is unforgivable; to leave them in soiled, cold, soaking sheets covered in their own dried excrement caked in overgrown nails which nurse graduates feel too grand to cut is beyond my powers of description; to force them to struggle to reach for water and food which is beyond reach is totally criminal.

Death is the single most difficult event that any of us will have to handle. To meet it in squalor, neglect and suffering over a protracted period with all dignity stripped away is impossible to equate with a civilised society. In my view we are all guilty, every last one of us – just as the entire German nation was guilty of the Holocaust. In both cases we allowed it to happen on our watch. We strut the world stage fixated on our favourite hobby horse, Human Rights, lecturing anyone unfortunate enough to cross our path on the virtues of compassion, yet we show nothing of it on too many of our wards. Shouldn’t Charity begin at home?

Those charged with looking after the fathers and mothers who fought two World Wars for us, and whose sacrifices in the years following brought us social security and prosperity, have a sacred duty to perform. They should remember that they were not always the sad, helpless individuals they see before them, but once vibrant men and women who held down jobs and brought up children. If it would help them to understand this, let a photo be affixed to the head of every bed to show their carers how they looked in their glory days and let a caption tell the story of who they were and what they did.

← Can the planet sustain 14 billion people?
Queen Elizabeth II must set the seal on this final verdict of history →