The future of law enforcement?

As I wrote recently, there are many things happening on many fronts at this time. And considering that most people are in a continual gripe about the Coalition Government, believing that it is next to impossible to get anything done for fear of offending the other partner, it is surprising how many serious issues are being tackled. 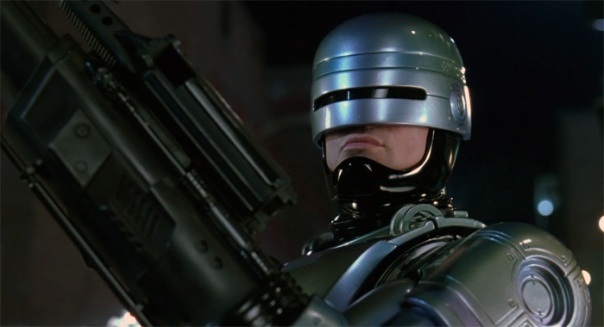 The clear-up rate in the last 50 years has fallen from 47 per cent to 28 per cent. Why did we waste all that money on gadgetry?

In no particular order there is social security, education, immigration, the NHS and, above all, the state of the nation’s finances. We cannot know at this point if all, or indeed any, of these will come good by the time of the next election in a little under two years from now, but early indications are that we may be in for some pleasant surprises.

But one great agency of the state has largely escaped scrutiny: the police. It was hoped by the Government that here, too, serious change could be effected by the election of the new police commissioners who would oversee police budgets and other matters. The commissioners, it was believed, would look to the public for guidance as to what it wanted rather than the hierarchy of the police and its 43 chief constables. If they failed to fulfill these hopes then they would be thrown out at the next election for their post. That, at least, was the thinking behind it all and it seemed not unreasonable.

The voters, however, were totally hacked off by this time with the whole political establishment. Memories were still fresh in their minds over the expenses scandal and the thought of another tier of bureaucracy did not much appeal. The result was that only 15 per cent bothered to vote the new commissioners in. That, I believe, was a great pity. While some good people made it through, so did a lot of tired old retreads and chancers. Fortunately, the greatest of these, that discredited old buffoon, John Prescott, who thought it would be a shoe-in, was not one of these. But overall the commissioners have proved a disappointment. These are, however, early days and at some point the hope remains the new system will prove its worth.

For good and fearless policing that does not kow-tow to political or any other power, we have always judged it essential to grant the various chief constables full operational independence. Only in extremis can the Home Secretary dictate to them or sack them. The independence of police constables appears to have gone to the various chiefs’ heads.

‘Plod’ has got too big for the boots Joe public issued him with. For instance, he knows that the public highly values its almost unique unarmed method of policing and yet, more and more, chiefs ignore this fact and go on spending vast sums on gadgetry – much of it of a lethal nature – and are close to looking plain silly. ‘Plod’ seeks no approval for any of this and there has been no discussion in Parliament about it. Chiefs now dress their officers in intimidating Robocop fashion so that the gap between him and the public he is meant to serve grows daily wider. It has reached the point whereby they are almost unapproachable. You certainly wouldn’t think to ask such a weirdly dressed creature into your house for a cuppa so that you can give him an update on what is going on in your neighbourhood and where all the baddies are.

Instead of listening to the public’s concerns – like boots on the ground – he prefers to listen to what his own officers want and pander to their convenience. When things go wrong, ‘Plod’ springs to their defence like a she-wolf protecting its cubs.

In the last ten years, 74 people have died in police custody but not a single officer has been found culpable. Time and again ‘Plod’ was told about children being abused – including Savile’s hundreds – but he did nothing. ‘Plod’ cocked up at Hillsborough football stadium where nearly 100 died and tried for 25 years to put the blame on the public. That responsible chief constable was allowed to retire, keep his handsome pension as well as his knighthood: scandalous is not the word for it!

Faced with multiple unsolved crimes, England’s worst performing force, Nottinghamshire, adopted a policy of wholesale roundups and arrests of ‘the usual suspects’ with not a scintilla of evidence to justify bringing them in. They spent time under arrest and had unlawful conditions of bail imposed on them before they were released without charge.

Now it transpires that Cleveland police have spent ten years – yes, ten years – and millions of pounds trying to fit-up a distinguished solicitor who was rather better than they would have wished at getting people off. They were ordered by the High Court to pay £550,000 compensation. But should we be surprised that if they would go for a solicitor – distinguished or otherwise – they also tried to fit-up a cabinet minister? I could go on. There is so much.

In 100 years crime has grown 30-fold, even allowing for population growth.

Why did we waste all that money on gadgetry?

But, listen, you’ll enjoy this: Plod’s latest wheeze is to fit himself out with CCTV somewhere among all that paraphernalia, if he can find the space, so that every minute of every day he can photograph and record people he comes into contact with. Now, that definitely does it!

Mrs. Ramsbottom, who’d gone off him anyway, will never, ever, now ask him in for that cuppa. He might, after all, be photographing her bloomers on the clothes horse so that he and his mates can have a good laugh later, down at the station.

But, joking apart, there is, as we can see, much to be done where the police are concerned. They are in serious danger of becoming a law unto themselves and they must be reined in. Since it is still important that they remain free of political and other interference, we must hope that the new commissioners rapidly get their act together and do the job we have called them in existence to do. Only they can offer hope of a solution.