← Britain’s most spectacular WWII op
The future of law enforcement? →

It’s time to home in on a recovery

Are we seeing the first signs of confidence returning? We must earnestly hope so. Even that prophet of doom, Sir Mervyn King – the newly retired Governor of the Bank of England – is getting excited. 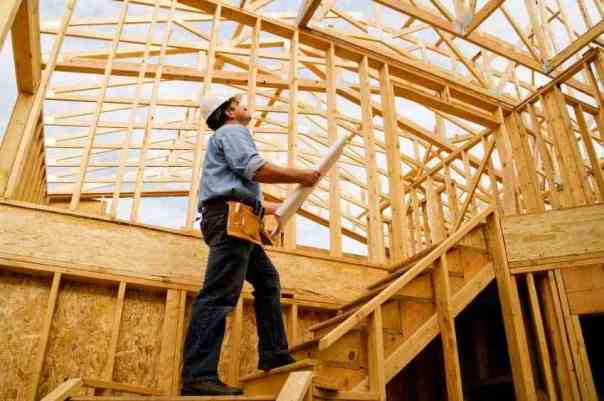 Our housing stock has greatly to be increased.

Houses prices, which never quite went into the tailspin of the US, are starting to rise again and mortgages are increasing. On balance, I think it was right to kick-start the badly hit building industry by government underwriting of mortgages. But this must be of limited duration. The last thing we need is for another bubble to start inflating. Hopefully the painful lessons of what happened before will act as a cautionary tale.

The fact is that our housing stock has greatly to be increased. The reason why house prices grew to such levels was that a fundamentally sound economic model of price determination was broken: supply was hugely below demand. And when that is put into reverse, the opposite price movement will happen: prices will fall. Last year we built 100,000 new houses, when most experts said it should have been 250,000. And it should have been at this level for years.

Those millions of immigrants that Tony Blair ‘sent out his search parties’ for have to live somewhere, as do the increasing number of people needing to be separately housed due to divorce and other factors. The point to remember is that when you build a house, you not only put builders, plumbers and electricians back to work but you create orders for carpets, furnishings, double glazing, electrical goods, furniture and much else besides. The knock-on effect is tremendous. Big infrastructure projects are all very well, but they are few in number, take years to process and are localised anyway. Huge swathes of the country see no obvious activity and don’t much benefit – if at all. But houses popping up from Lands End to John O’Groats do get noticed.

People’s income has been squeezed these past five years almost like never before. They have been subject to pay freezes, cuts, short time working and even lay-offs. And throughout all this time, the relentless march of inflation has eroded their disposable income. Even their taxes were going up. And while all this was going on, people desperately sought to pay down their horrendous debt levels. No wonder confidence went out the window and they felt unable to spend. When they looked around the world, the picture was just as grim – and in some cases much worse. Fear begets retrenchment and that, until this moment, is where we have been.

But now, with the stock market reaching its highest level since the turn of the century, banks being brought under control and being required to rebuilt their balance sheets (albeit at the expense of lending), medium and large size companies sitting on £70 billion and ready to go, houses shifting, mortgages easier to get and hundreds of thousands of new jobs being created, things are changing. Those straining-at-the-bit companies will feel encouraged to invest. Now the final – and critical – part of the jigsaw to be put in place is for people to get out there and start spending. And if they start to feel that the worst is over, they will. The rest will take care of itself. People, after all, do like to spend.

We have learned one hell of a lesson these past five years, and hopefully both government and people will act more responsibly next time round. But some real good will have come out of it all – as it always does: we are emerging leaner and meaner. The recession has forced us to address issues which we all knew had to be addressed, but which, while the good times rolled, we found excuses for putting off. We, individually, have been forced to examine every item of our domestic expenditure – but so too has the public sector. Now, at last, we are cutting away the fat which we allowed to accumulate in the public sector and, boy, was there a lot of it. Everything has to be justified. Any firm will tell you that, if it had to, in order to survive it could effect colossal savings. I, myself, have seen my shop takings drop by 25%, but I am still here. I cannot take much more, but my customers have not suffered. If anything, they are getting a better deal than ever and I am doing my level best to be even sweeter to them. But when central and local government were asked to do the same thing – very belatedly I might add – they squealed like stuffed pigs.  And they had vastly more fat on them in the first place.

But, as they say, it’s an ill wind that blows no good. Soon, hopefully, we will have schoolchildren entering the job market with an education which can compare favourably with those hungry tigers in the East which are seeking to steal our thunder. Also we will have a workforce that knows and appreciates the necessity of becoming more competitive. Exports have already shown strong signs of picking up – although this has been mostly due to a weakened pound rather than anything else. Maybe, too, we will have put an effective break on those vast numbers of unskilled workers flooding into our little country who have put, unwittingly, such a strain on all our services. Even the NHS reforms may start to deliver, for as much as we love it, it cannot stay forever a holy cow which cannot be touched. We spend, now, as much as the European average, but we have nowhere like their standard of care. Where did all those scores of billions disappear? We doubled its budget in real terms in a decade. Perhaps it will improve now that it is to be under new management and not under the baleful control of that unrepentant apparatchik who presided over those scandalous deaths in North Staffordshire and who knows where else. And, finally, there is that lumbering giant, the Welfare State, who so many took for a ride. That, too, is being brought under control. Perhaps now we can get back to helping the genuinely needy, even alleviating their suffering more than we have previously been able. That would be good. So we do, very much, have positive things on the horizon. We must hope now that the Germans will continue to hold the eurozone together and stop the continent from imploding. That will give us even greater reasons to be hopeful.

We are busily re-orientating our services and export drive toward the still booming East – something which we should have done years ago. Even formerly-basket-case Africa is on a powerful upward trajectory. Uncle Sam, too, is showing distinct promise and is growing again at a healthy 2% with rising employment. He does, however, have some big problems which he has not addressed and only gets away with it, for the moment, because he stewards the world’s reserve currency – as we once did for so very, very long.

But, for our part, we must continue to hold our nerve with our own reforms. Only the police, it seems to me, remain a loose cannon among the great institutions of state. Though they have had cuts forced upon them, like almost everybody else, they still behave as though they a law unto themselves. More about that later.

← Britain’s most spectacular WWII op
The future of law enforcement? →