We must get our railways back on track

We had better all pray that it will neither be a wet nor cold winter. That’s asking rather a lot seeing as it is the perverse British climate we’re talking about.

The reason for not being wet is that the water table from being alarmingly low at the start of the summer is now alarmingly high. Just a small amount of the liquid stuff and it will have nowhere to go except lie on the surface. Floods will then be inevitable and widespread, perhaps more than we have known in living memory.

As for not being too cold that is because we are a million miles from having repaired the pothole damage of the recent severe winters. To make matters worse the cost of keeping warm is going to be more than many people can bear, especially the old. We have had enormous hikes in energy bills – twice the level of general inflation.

This leads me to question of whether the wholesale privatisation of the utilities was a wise thing to do, especially where we have allowed so many of them to fall into foreign hands.

Apart from strategic aspects which we should always have an eye to, foreign companies care little if the British play up over being ripped off and obliged to pay more than the same company is charging in their own country. Naturally these companies are more sensitive to home criticism and will seek to minimise it there. The foreigner is seen as fair game.

Part of the problem is that there are only six or so major players – a similar number to the banks – and there is not genuine competition. Without a doubt real competition makes for efficiency and puts a brake on exploitative charges. It was right, as a consequence, to divest the taxpayer of as many of the lame-duck industries as possible – provided genuine competition could be introduced. I well remember how it was normal to wait for up to six weeks for a phone to be put in.

However, if we are sensible, we must accept that certain industries – and water is a good example – do not lend themselves to competition. Governments of all hues have known this, but were all so rapacious in getting their hands on the massive sums which the utilities could generate that they have been willing to sacrifice the national interest to do so.

And why, apart from common greed at the thought of all this lovely lolly, were they so anxious to do this? First, they had been so monumentally inept at balancing the national books that an infusion on this scale would camouflage their hopelessness; and second, they each had their own pet projects – mostly social engineering – which they were mad-keen to indulge.

Such indiscriminate privatisation as took place was not in the national interest. What was needed was an open-minded, selective approach and not one driven by short-term economic advantage nor an ideological zeal such as ‘privatise the lot’ or ‘nationalise all the commanding heights of industry’.

One very sad aspect of what has taken place is that the industry which this country pioneered, and as a result changed the world forever – the railways – is now a national disgrace, even a joke (albeit one in very low taste).

I almost wept when the last carriage-making facility in Leeds lost out to the Germans and this great industry, in the land of its birth, died. How sad that is. 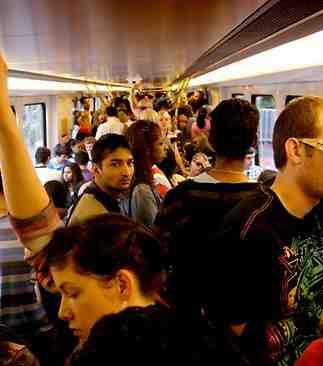 A person could urge the prime minister in all earnestness to wade in over the railways. He would earn more brownie points than all his silly PR stunts like ‘hug a hoodie’, husky driving and riding a bike to the Commons put together. A recent poll has shown that 70 per cent of the nation would like to take the railways back into public ownership. As things stand, our ticket prices are almost the highest in Europe – four time that of Slovenia and three times that of Spain and Italy. The pricing structure is a nightmare of Byzantium complexity and the overcrowding of passengers an utter disgrace. At the same time umpteen 1st Class carriages lie almost empty. Speaking of this term – 1st Class – is unfortunate in itself, especially in this still most class-ridden of societies. Far better it be called Premium Rate.

Communications are at the heart of any country’s success or failure. It was the railways which opened up the world. The American west was won more by the iron horse than by Wild Bill Hickok and the vast riches of the Russian east by the Trans-Siberian Railway. We absolutely must get our railways back on track.